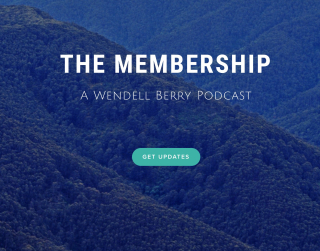 Sex, Economy, Freedom & Community is a departure from reality in that it is hopeful and romantic, and reality is bureaucratic and corporate. In an age when gnostic spirituality and transhumanism are valorized, however, we are quick to call the modest philosophy of people like Wendell Berry untenable. With the lofty promises every sterling new gadget gives us, it’s reflective that it seems impossible to return to a place that had already existed, while achieving eternal youth is likely a work in progress in a California lab. But in creating a fantasy world of the past in the present, the reader must face the prospect of a future that isn’t much different than the physically and spiritually polluted one that Berry pathologized.