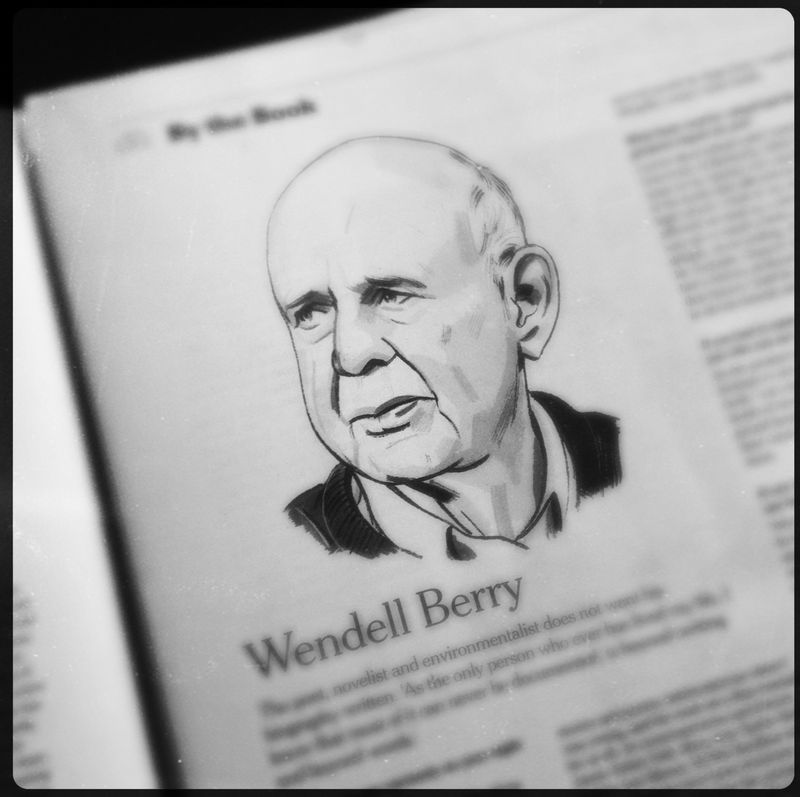 I have a friend who claims that Wendell Berry is the nemesis of The New York Times (or, at least, its Science pages) because of his neo-luddite, agrarian tendencies. That may be the case. He certainly is one of the oldest, most prolific and most regularly honored U. S. writers to be inconsistently reviewed by the Times. It's good to see him featured in the Book Review ... and in an issue that also reviews Rick Bass and Jim Harrison.

And yet, a search of the Times shows a fairly broad mention of WB over the years, though there are a few major works (Jayber Crow, Hannah Coulter) that don't get any or much attention, as far as I can tell. Overall, it does seem that Mr. Berry and the NYT have been performing a wary dance with each other over time (note the recent "Response to the New York Times Op-Ed"). It was in a full page, multi-column ad in the Times that Mr. Berry first released "A Citizen's Response to 'The National Security Strategy of the United States of America.'"

Maybe some vestigial memory at the Times has not completely forgiven Wendell for the joy he felt when he saw the city shrinking in his rear-view mirror as he and the family moved down the New Jersey Turnpike back to his native Kentucky.

Posted at 10:43 AM in Biographical Note, Discussed | Permalink | Comments (0)

The comments to this entry are closed.